Steering clear of high cholesterol foods is a key part of lowering your cholesterol levels and reducing your risk of many health problems including heart attacks.

This list can be used in conjunction with our list of 10 low cholesterol foods so you can get a good idea of the foods you can substitute into your diet in place of the foods in this list.

If you like, you can use this list to make a high cholesterol food chart for easy reference. :-)

You’ll notice that bad cholesterol for the most part comes from animal products, in other words from meat or other foods that come from animals such as milk, cheese and eggs.

Over-consumption of foods like these are direct causes of high cholesterol. 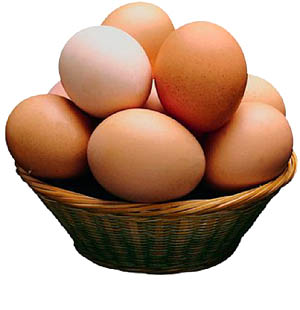 This means all kinds of eggs, not just chicken eggs. So substituting duck or goose eggs instead is not a way around this;-)

Now, some clarification is needed here because eggs have long been at the center of controversy when it comes to their effects on cholesterol.

Over the years the public has been told various different stories about eggs – some experts say you shouldn’t eat any at all if you have high cholesterol, others say they’re actually good for your cholesterol levels, and many others are somewhere in between.

Here’s the thing: dietary cholesterol doesn’t have the same effect on blood cholesterol in everyone!

Put simply, the amount of ‘bad cholesterol’ you can eat is an individual thing.

So you may be able to get away with eating two egg yolks every day whereas for someone else, that might cause their bad cholesterol to shoot through the roof very quickly.

In short, you need to discuss this with your doctor to determine if eggs are okay for you, and if so, how many and how often. 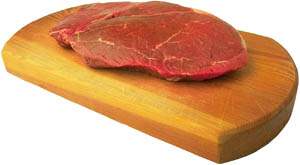 This is another big culprit behind high bad cholesterol levels in many Western countries.

In countries like the United States people love their steaks and tend to have diets which are heavy on high-cholesterol meats and relatively low on foods that promote ‘good’ cholesterol.

Again, you can eat steak now and then depending on your own bad cholesterol levels, but when you do eat it, you should make an effort to cut off as much of the fat as possible. 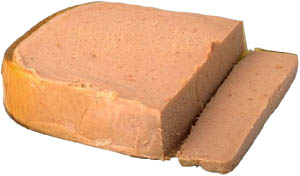 While organ meat can be a great source of certain vitamins and minerals, such as iron, there is also a high concentration of cholesterol in most animal organs.

Liver in particular is a food you should try to avoid if you’re trying to lower your cholesterol levels.

4. Lamb – High in Cholesterol but Not as High as Beef

While it doesn’t contain as much saturated fat as some other red meats such as beef, lamb does have a high cholesterol content.

For every 3-ounce serving of lamb you eat you’re taking in about 75 milligrams of cholesterol.

That’s about a third of the ideal daily cholesterol intake recommended by many doctors (around 200 milligrams).

In other words, a bit of lamb here and there is okay, but you need to be careful to balance it with the rest of the food you’re eating throughout the day.

As long as the rest of your meals are low in cholesterol then you can get away with eating lamb and other red meats in moderation.

5. Butter and some Oils – the Silent Cholesterol Attack

Butter is a high cholesterol food which is something of a silent killer – many people never consider the health implications of eating butter because it seems like such a relatively minor part of their diet.

The reality is the butter you spread on your toast and use for cooking can make a huge contribution to your cholesterol levels.

Now, be careful if you want to substitute butter with margarine though – some margarine products contain trans fats rather than saturated fats, which actually stimulate the production of bad cholesterol inside your body.

Ideally you want to find spreads and cooking oil products which made from foods high in unsaturated fats.

Olive oil and olive oil based spreads are good examples. 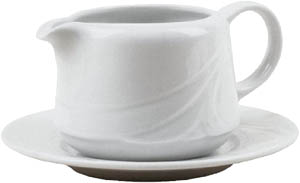 While generally all dairy products in their raw forms are high cholesterol foods, cream is one you particularly have to watch out for.

There’s little point in switching from ice cream to healthy fruit salad desserts if you end up smothering them in cream anyway :-)

An average tablespoon of cream can hold around 15-20 milligrams of cholesterol.

If you use cream it becomes very easy to exceed you daily recommended intake for cholesterol after eating only a relatively small amount of food. 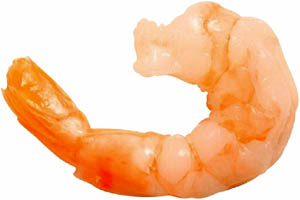 Like eggs, shrimp is one of those controversial high cholesterol foods – many doctors advise patients to stay away from it, but there have been studies now which indicate it’s not actually bad for you despite the high cholesterol content.

Shrimp is often thought of as being relatively healthy compared to many meat options because of its low fat content.

But despite being relatively low in fat, shrimp is certainly high in cholesterol. Studies have indicated that shrimp is not a hazard for high cholesterol patients because while it raises bad cholesterol, it simultaneously raises good cholesterol so the effects cancel each other out.

That said, having a high level of cholesterol overall is not recommended. If you’re a shrimp fan you’re best to discuss with your doctor whether it’s okay for you to continue eating shrimp – otherwise you’re best to just avoid it.

It makes sense to assume that duck should be relatively low in cholesterol like similar meats such as chicken and turkey. In small quantities duck isn’t particularly harmful, but since it’s typically served as part of a large meal it’s easy to take in a large quantity of cholesterol from a duck meal. This is the case regardless of whether the skin is removed.

It’s not unusual for a serving of duck such as one you might get at a Chinese restaurant to contain over 100 milligrams of cholesterol in the meat alone, not including cholesterol in gravies and cooking oils. 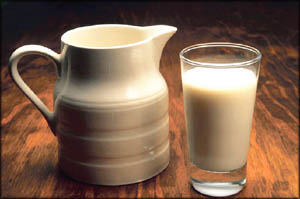 Some doctors and nutritionists recommend people with high cholesterol to get rid of dairy products from their diet altogether.

This will depend on exactly how high your cholesterol levels are, but many people won’t have to go to quite such an extreme.

Dairy products provide many people with essential nutrients, such as calcium for strong bones. There are other foods that can deliver these nutrients but dairy products are convenient and slot nicely into a well-rounded diet.

However, you do need to take steps to cut down your cholesterol intake from dairy by using low-fat or no-fat options.

You can also replace certain dairy products with soy-based products, which are lower in cholesterol.

Some soy-based products also contribute to your ‘good cholesterol’ levels, helping you lower your overall risk of heart disease and heart attacks.

While it seems counter-intuitive at first that baked goods should raise cholesterol, it’s obvious when you think about the ingredients typically used to make cookies and cakes. They’re primarily made of animal-derived products – eggs, cheese, milk, cream and so on.

There are, however, certain cookies on the market which are made with ingredients specifically designed for high cholesterol sufferers, which won’t have a negative impact on your cholesterol levels and may even contribute to raising your good cholesterol.

Other Tips on High Cholesterol Foods

You may eliminate a bunch of high cholesterol foods and get onto a low cholesterol diet and stick with it religiously, only to sabotage yourself through things that you don’t typically think of as ‘food.’

Drinking alcohol is a classic example of this. Many people tend to leave their alcohol consumption out of their diet tracking.

This is a mistake, especially if you’re trying to restrict your cholesterol intake.

Once again moderation is key with things like alcohol.

Many studies have showed moderate alcohol consumption has a positive effect on cholesterol levels, but binge drinking and excessive consumption has the opposite effect and puts you at greater risk of a vast number of health problems.

Moderate consumption according to many experts is around one glass of wine per day, maximum.

With careful planning it’s relatively easy to significantly reduce the amount of cholesterol you take in, while still being able to enjoy your favorite high cholesterol foods in moderation.

List of Foods High in Cholesterol That Raise Your LDL Levels