Get inspiration to put together a healthy diet consisting of healthyfoods to lower cholesterol. One of the important keys to lowering cholesterol efficiently as well as healthily is getting more of the good stuff which will counteract the bad stuff.

Or in a more scientific language: you actually need more of the right kind of cholesterol in order to lower your bad cholesterol.

LDL is what’s known as ‘bad cholesterol’ – the stuff that clogs up your arteries.

By raising your levels of HDL – also know as ‘good cholesterol’ – you can actually counteract high LDL levels.

So in some respects the best foods to lower cholesterol are actually those that raise good cholesterol, either because they contain it or because they stimulate its production within your body.

This seems counter-intuitive at first, but it’s an essential thing to know :-) 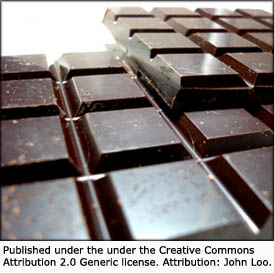 Yes, foods that lower cholesterol don’t have to taste bad.

Studies have found some people experience up to a 10% reduction in their levels of bad cholesterol after adding small amounts of dark chocolate to their diets.

So enjoy turning your chocolate vice into a good habit! :-)

If you’re like most people you’re probably wondering, what the heck is chlorella?

It’s actually a form of algae, and it’s been shown to be an excellent food to lower cholesterol.

Chlorella is not particularly well-known but it’s rapidly gaining a reputation as being a super food. In addition to being high in antioxidants, it contains a handful of vitamins and is more or less a kind of natural vitamin supplement.

Chlorella smoothies made with skim milk are a great option as a snack to lower cholesterol naturally. 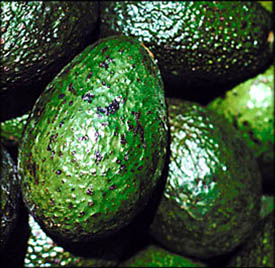 Avocados are also becoming widely viewed as a kind of super food to lower cholesterol naturally because of their monounsaturated fat content.

While saturated fats and trans fats are, generally speaking, bad for you (this goes particularly for the trans fats), you will want to try to include ‘good fats’ (polyunsaturated and monounsaturated) in your diet where you can.

Both polyunsaturated and monounsaturated fats, when eaten in healthy quantities, can help lower your risk of heart disease.

Some people are not aware of the difference and steer clear of avocados because of their high fat content. Don’t be fooled by the modern fat hysteria – not all fats are the same.

As well as whole avocados you can introduce avocado oil and avocado-based spreads to your diet in place of butter. 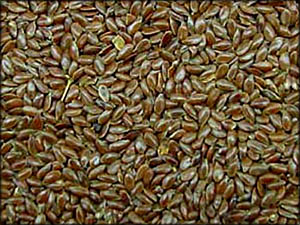 Foods to lower cholesterol aren’t only limited to the ‘big picture’ foods – little things like oil may also make a difference.

Flaxseed oil is a good healthy oil option which has similar effects to fish oil.

If you tend to use butter for cooking, just replacing that with flaxseed oil can make a huge difference to your cholesterol intake.

Also, since many vegans and vegetarians prefer not to eat any animal products, flaxseed oil is a good alternative to fish oil if you’re conscientious about animal rights.

Many fruits contain a soluble fiber called ‘pectin’ (pectin is a form of long carbohydrate molecule that has the effect of reducing the absorption of cholesterol).

Pectin is not limited to grapes – it’s also found in most other citrus fruits such as apples and pears, as well as strawberries and a handful of others.

Soluble fiber is a key thing to look for when finding foods to lower cholesterol naturally. It has the effect of reducing LDL (bad cholesterol). 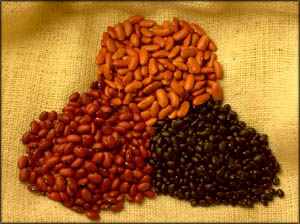 Beans are another type of food to lower cholesterol which are rich in soluble fiber.

Beans have another added benefit in that they make you feel full without pushing your energy intake too high. That means you can eat relatively large quantities of beans without taking in more calories than you burn on any given day (which is how your body ends up storing fat, when your incoming energy supply exceeds your true energy requirements). 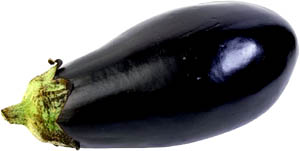 Like beans, eggplant is quite filling and relatively low in calories.

It’s also a source of soluble fiber making it a good food to lower cholesterol.

It’s also high in antioxidants and provides a range of other health benefits, helping to protect cells against damage, among other things.

8) Red wine – Pour Yourself a Glass 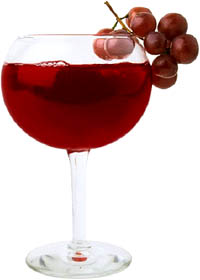 Some wine when consumed in moderation can act as a food to lower cholesterol.

There’s an obvious reason for that – wine is made of grapes and contains the same fiber that grapes do, so it produces the same effects of lowering LDL.

The key, however, is not to overdo it, as many studies have shown that excessive alcohol consumption has negative effects on cholesterol levels, as well as bringing many other health risks with it.

Tea is another source not many people know has positive effects for cholesterol levels.

In addition to being rich in antioxidants, studies have linked tea to a noticeable reduction in overall cholesterol levels.

Of course this doesn’t mean you can go piling on the milk, sugar and cream and expect it to make your healthier :-) – e.g. take your tea with skim milk and steer clear of the cream and sugar. 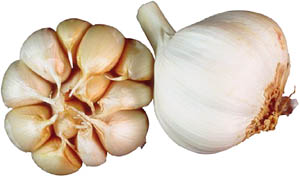 Garlic has long been used to add flavor to meals, but it also has some significant health benefits.

Garlic been shown to help reduce the occurrence of clotting in the blood and can thus help prevent the build-up of plaque in the arteries during the early stages of atherosclerosis.

However it may not have any significant effects for someone already suffering from heart disease as a result of high cholesterol levels. 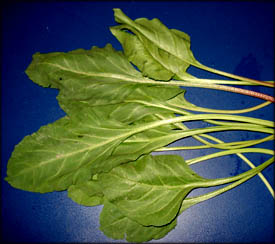 Spinach is a great food to lower cholesterol naturally and can provide some other impressive health benefits.

Spinach contains lutein, which helps protect arteries from clogging while also combating other diseases such as macular degeneration (a condition which affects eyesight).

Spinach and beans together can be the foundation for a variety of meals which are filling, low in calories and powerful for reducing cholesterol levels. 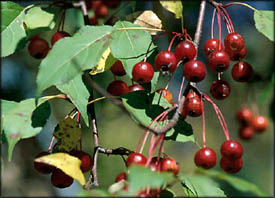 Cranberry juice is another food that has been shown by scientific studies to contribute to good cholesterol levels.

Like tea cranberry juice is also high in antioxidants which give it other powerful positive health effects.

When it comes to identifying foods that will help you in this respect, you want to look for a few different nutrients:

If you’ve been reading a bit about foods to lower cholesterol you may have seen something called the Mediterranean Diet mentioned.

There’s really no secret to the Mediterranean Diet – in fact the foods described above all fit in with what this diet prescribes. As the name suggests, it’s based on the diets of people living in Mediterranean countries such as Greece and Italy, who are known for having relatively low levels of heart disease compared to Americans.

Obesity and high bad cholesterol levels are so often linked.

High saturated fat diets tend to increase bad cholesterol directly, as well as making you fatter – to the point where your bad cholesterol gets into a runaway ‘upward spiral.’

One of the other indirect benefits of going on a Mediterranean Diet is that it’s likely to help you lose weight, especially if you combine it with regular aerobic exercise.

While many of these foods help raise HDL cholesterol and lower LDL cholesterol directly, getting in better shape also helps your body naturally rebalance good and bad cholesterol levels.

Healthy Foods That Lower Cholesterol: Inspired by the Cholesterol Lowering Foods of the Traditional Mediterranean Diet

How to Lower LDL Cholesterol by Eating the Right Foods

20+ Ways to Lower Cholesterol and Triglyceride Levels: How to Boost HDL and Push Down LDL

My Natural Cholesterol Control Experiences with the Right Foods